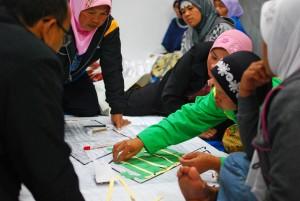 “Bengkayang does not have family planning field workers. We need to optimize the existing officers in the field, family planning managers at sub-districts, and village midwives. Collaborative work is needed,” said Aleksius, M.Si,  District Secretary Assistant of Economy and Public Welfare of Bengkayang.

On June 22, the District Head of Bengkayang delivered an endorsement for village heads to allocate for family planning in their budgets.

YCCP is working to provide follow-up implementation support to the District Working Groups on their priorities.