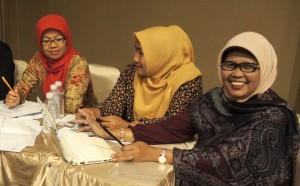 Developing countries aiming to build strong family planning programs often look to Indonesia as a model — and with good reason.

For years, Indonesia had one of the strongest and most successful national family planning initiatives in the world. With the backing of Muslim leaders, the country doubled its contraceptive prevalence rate to nearly 60 percent between 1976 and 2002, and halved its fertility rate from 5.6 to 2.6 children per woman. This undoubtedly helped lay the groundwork for Indonesia’s rapid and impressive annual economic growth of at least 5 percent since 1980.

However, Indonesia’s remarkable progress has recently stagnated. In the past decade, the country’s fertility rate has remained the same, its CPR has risen a meager 1.5 percent, and its maternal mortality ratio remains high at 190 deaths per 100,000 live births. This is largely due to a complex devolution process that shifted power over family planning programs from the national to the district level, leading to confusion around roles and responsibilities — and, at times, inaction.

Thankfully, though, things are about to change. Since the 2012 London Summit on Family Planning, the Indonesian government has announced efforts to revitalize the country’s national family planning program. Among other things, the government committed to:

● Strengthen the program at the provincial and district levels, to bolster local access to family planning.

● Provide family planning services and supplies free of charge as part of the country’s universal health coverage program that was launched in January.

● Improve 23,500 family planning clinics by the end of the year.

These efforts are supported by a much stronger budget. In fact, the country’s allocation for family planning quadrupled from $65.9 million in 2006 to $263.7 million in 2014, and the government is committed to maintaining this investment.

In August, the National Population and Family Planning Board and the Johns Hopkins Bloomberg School of Public Health signed a collaboration memorandum to help ensure that more women across Indonesia have contraceptive access and, importantly, options. Through our programs — including Advance Family Planning and the Center for Communication Programs — JHSPH is now working at the national and local levels to create momentum and bring about real and lasting change.

We’re doing this in a number of ways. One of our most exciting projects, led by CCP, involves working with the two largest Muslim organizations in the country, Muhammadiyah and Nahdlatul Ulama, to reach women in their homes and in their communities. In partnership with the Yayasan Cipta Cara Padu Foundation, we are working with the women’s branches of these groups in 11 districts to integrate information and messaging on family planning and reproductive health into ongoing programming, including prayer groups and Koran readings. In addition, we are tapping into the pre-K and day care networks to reach young mothers with children under 5. Through these networks, we hope to reach 1,500 to 5,000 young mothers and parents per district.

We will also equip volunteers from these Muslim women’s groups with electronic tablets that they can bring house to house and use in their daily interactions. These tablets are preloaded with videos and educational materials on family planning and proper use of methods. They can also be integrated with other information and communications technologies, such as text message services for new mothers, interactive counseling services and Web-based monitoring of activities.

This outreach will be coupled with the “Right Time, Right Method, My Choice” mass media and social media campaign, which aims to reach 2.9 million women of reproductive age in the target districts through radio, TV, print and online outlets. CCP is also optimizing the use of smartphone apps to reduce barriers to obtaining accurate and timely family planning information, including about methods, health centers and providers.

By working with well-respected members of the community to spread family planning messages, we hope we can show that family planning is both socially and religiously acceptable and dispel common myths and misconceptions around the use of modern contraceptives. Breaking through these cultural barriers will have a tremendous impact on demand for and use of family planning.

Through the revitalization process, Indonesia can, once again, be a shining example of what’s possible when you make family planning a national priority. Most importantly, it will ensure that all Indonesian women have access to the contraceptive options they want and need.

We know that when women have control over their own fertility and can plan their families, they are more likely to survive childbirth and raise healthier children. We are confident that Indonesia’s national family planning program will benefit women, their families, their communities — and, ultimately, our country — for years to come.

This article was originally posted on Devex as part of a series by the Bill & Melinda Gates Foundation that culminates on World Contraception Day.