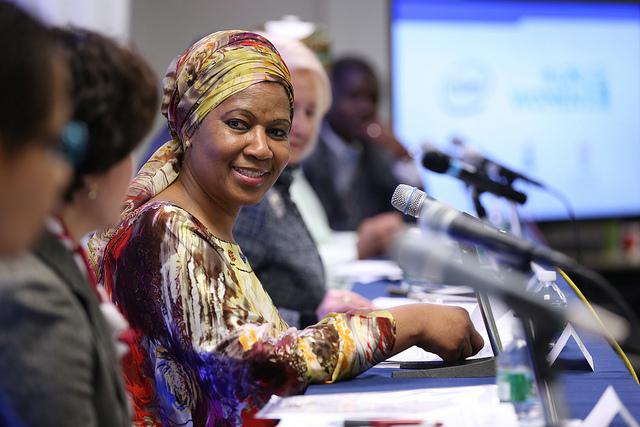 In February 2018, the Gombe State government of Nigeria allocated 20 million Nigerian naira ($65,000) for family planning in the Ministry of Health budget. The funds will be used to train healthcare providers, procure family planning consumables, distribute family planning commodities, and support oversight for healthcare workers. The allocation ensures the implementation of the Gombe State Family Planning Annual Operational Plan 2018 and the Saving One Million Lives workplan, both of which aim to increase the state average modern contraceptive prevalence rate from 4.5% to 25.2% by 2020.[1]

This win is a culmination of years of advocacy. The local advocacy working group, known as the Gombe State Child Spacing Champions, led efforts since 2015 to create a separate allocation for family planning, with technical support from Advance Family Planning local partner Pathfinder International-Nigeria.

Low uptake of family planning is a result of lack of awareness, cultural and religious beliefs, and myths and misconceptions. The advocates recognized the need to involve traditional and religious leaders and media to address these challenges. Since 2016, Pathfinder has convened a series of capacity building workshops with these authorities and legislators to provide them with information about Gombe State from the 2013 Nigeria Demographic and Health Survey—such as the high unmet need for family planning (14.3%), the alarming maternal mortality rate (800/100,000 live births), and the cross-cutting benefits of significantly reducing preventable maternal death. The working group disseminated publications with positive religious perspectives on family planning and facts about different methods. The messaging focused on the improvement of maternal and child health through healthy timing and spacing of pregnancies.

Pathfinder’s Country Director also made a high-level visit to the Commissioner for Economic Planning and Budget in Gombe in November 2016 to strongly advocate that the family planning allocation in the proposed budget not be removed during negotiations. Their meeting paved the way for a strong relationship between the working group and the Commissioner, who makes decisions about the budgets. Meanwhile, the working group met with the Commissioner of Health and Gombe State House of Assembly representatives to convey the advocacy message.

Pathfinder, in collaboration with Evidence to Action-Mamaye and Champions for Change, supported the State Ministry of Health in developing a three-year costed implementation plan for family planning. The plan served as an important advocacy tool for the working group in their interactions with the Ministry of Health. Pathfinder also supported the Commissioner for Health, the Executive Secretary of the state Primary Healthcare Agency, and the Director for Public Health, to attend the 5th family planning stakeholders meeting in September 2017, where all states share their achievements and lessons learned. Attending the event further strengthened the state authorities’ political will to support family planning in Gombe. The 2018 budget was officially approved on February 2, 2018.

The funds are primed to be spent effectively, as the working group also supported the state family planning program officer and other relevant officers in developing a costed activity-based work plan and memo to request funds for specific services. The advocacy working group is determined to spend the funds—in 2015, when the working group was established, their advocacy led to an allocation of 17 million naira ($55,000), however since the government did not prioritize family planning, the budget was never spent. In 2016 and 2017, the family planning budget was folded under the Maternal Newborn and Child Health basket fund; as a result, the only funds released were solely for maternal and newborn health services.

Going forward, the advocacy working group, supported by Pathfinder, will confirm timely release of the allocated funds, monitor spending, and ensure future budgetary allocations in the state are informed by the costed implementation plan.