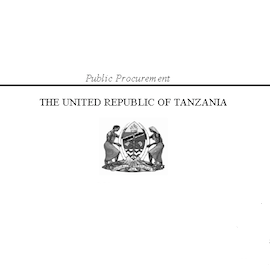 In June, Tanzania’s Parliament moved to endorse a special provision in the recently-passed Public Procurement Act (2016) that will fast-track life-saving health commodities, including contraceptives. Beginning this year, life-saving health commodities will receive priority throughout the procurement and distribution process.  Family planning stakeholders advocated for the past two years for improvements to alleviate bottlenecks in the procurement process and help reduce contraceptive stock-outs in the country.

Members of Parliament were locked in a protracted debate over the provision during the recently- ended budget session, whereby those in favor of the special provision carried the day. Led by the Parliamentary Budget Committee, Members of Parliament drew links between delays in procuring and delivery of contraceptives to unwanted pregnancies.

The special provision will address delays in the procurement process, ensure minimum overlap in the roles of government institutions serving in this process, as well as contribute to reducing life-saving commodities costs.

The special provision is a result of advocacy by Advance Family Planning (AFP) local partner Health Promotion Tanzania (HDT). HDT advocated to the Tanzania Law Reform Commission (TLRC) to include the provision during a stakeholders’ meeting in March 2016. HDT’s case was a culmination of family planning stakeholders’ consultations on this subject.

AFP Tanzania’s advocacy on fast-tracking life-saving commodities took a turn late in 2015 when Honorable President John Magufuli, elected in November 2015, directed his government to promptly review the Public Procurement Act. The TLRC called for public views and recommendations in December, an advocacy opportunity for AFP and partners who initially aimed to affect procurement regulations instead of an act.

Recommendations to the decision-makers were based on an analysis by the Reproductive and Child Health Section of the Ministry of Health and Social Welfare (2011), a separate analysis by HDT of the previous Public Procurement Act (2011) and its regulatory institutions, and consultations with stakeholders.

HDT will continue following up on the implementation of the 2016 Act, as it is an integral piece in ensuring prompt procurement and delivery of life-saving commodities in the country.